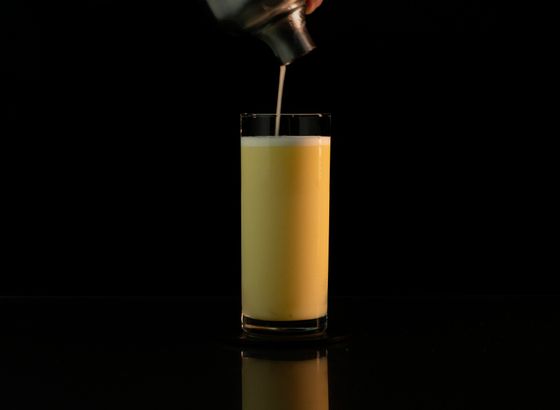 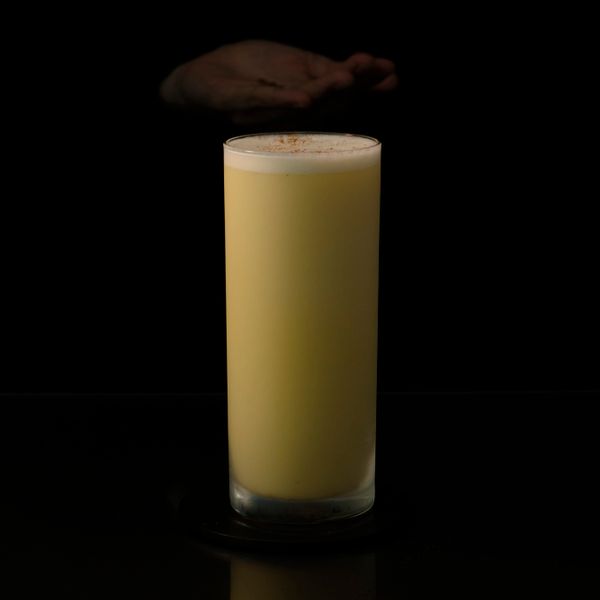 Created by Lucy Hawkins and published in the awesome Nomad Cocktail Book by Leo Robitschek, el tigre is a fun and offbeat entry into the creamy drink canon. Puffed up by bubbly soda and a whole egg, this drink is reminiscent of the famous Ramos Gin Fizz. But the eccentric addition of aquavit and reposado flips that classic bubbler frame into an adventurous and modern year-round drink. The underutilized combination of creamy texture and floral tequila—something we’ve explored in house drinks like the dressing gown and stardust—is dear to our hearts, and it’s nice to see other bartenders exploring it. The unorthodox addition of aquavit is trendy but smart, as the anise flavors twist with the floral notes from the tequila beautifully and mimic the combination of juniper and rose found in the Ramos Gin Fizz. Whip up this complex cocktail to put a punctuation mark on a fancy holiday dinner, or to impress a cocktail fanatic, or simply as a new project for the long nights surrounding the winter equinox.

Like the Ramos Gin Fizz, el tigre is a drink that operates at the intersection between a flip and a fizz. The amount of lemon juice you use will determine which direction your drink leans. The original recipe requests three-quarters ounce lemon, and sticking to this proportion will yield something closer to a sweet-and-sour fizz. Knocking the citrus back to a half-ounce will head more in the direction of a flip or egg cream. We alter the recipe based on the season; in the spring this drink works as a vibrant and sunny sour; in the winter a little less citrus makes for a modern twist on a winter nog. In the colder months we also like this drink with a bit of cinnamon on top, but it will compete with the scent of the aquavit. The original recipe is specific about base spirits. It requests Siete Leguas tequila, which we’ve never used but seems a bit expensive for such a complex recipe. Our mixing reposado tequila of choice is Cimarron, and it worked fine. It also requests Linie Aquavit, which is a good choice. Finally, a note on presentation: at around six ounces (including the requested ounce of soda) this drink is too small for a Collins glass, which typically comes in 10, 12, and 14 ounce capacities. If presentation is important for this drink, we recommend something smaller or a rocks glass, which looks nice half-full.