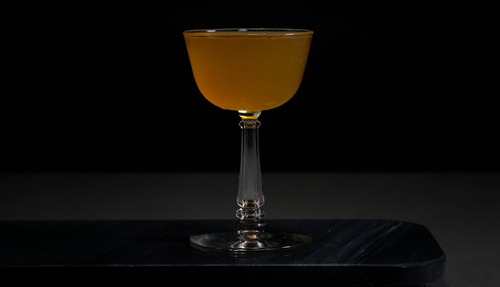 Based on the 20th Century—an indelible brunch classic that also employs creme de cacao—the 18th century justifies its name-based subtraction exercise by substituting the traditional dry gin for Batavia Arrack, an ingredient that appropriately did hit it’s apex during the 18th century. The official spirit of Java, Batavia Arrack is similar in character to light rum, but differentiates itself with the addition or red rice during the fermentation process. It is most famously known for its use in Arrack Punch, but has seen a bit of a revival in the past decade as more and more historical spirits are resuscitated. New York cocktail mainstay, Death & Co., has shown a particular propensity for the spirit, and there is no better example to us than this recipe, which was published in their popular cocktail book of the same name.

A true multi-season crossover, the 18th century mixes light, sunny notes from lime and arrack with more wintry, indulgent flavors like chocolate and dark fruit. The drink is creamy with a beautiful orange hue that resembles another oddbird classic: the lion's tail. It starts with a whiff of lime and sugarcane—not unlike a good daiquiri—before finishing with a big wash of chocolate that really gives the drink an extra dimension and sense of layers. Employ this drink during winter brunches or warm evenings, as it truly plays well in all seasons.

Arrack is great in this drink but not really identifiable; most drinkers who haven’t been informed will likely be asking what kind of magical rum is used. Since Arrack is primarily distilled from fermented sugarcane just like rum, this is likely to happen in many drinks that utilize it. The original recipe calls for Carpano Antica sweet vermouth, though we rarely keep that label and were just peachy with whatever was around at the time. The recipe recommends Van Oosten Batavia Arrack, which is the standard and we support, though admittedly our experience with the ingredient is limited. As with all of our drinks, we highly recommend using Tempus Fugit creme de cacao as many others are too sweet and don’t have a complex cacao flavor.