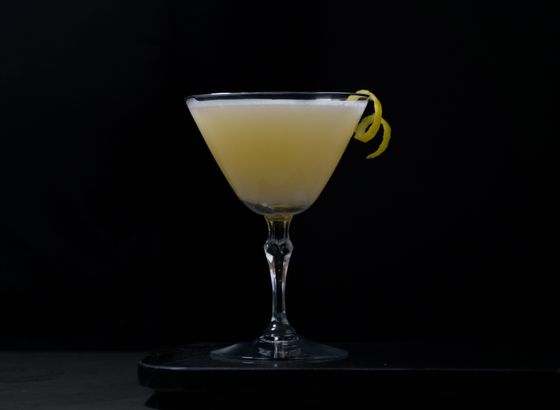 An elegant and luxurious sour with a brunchy inclination 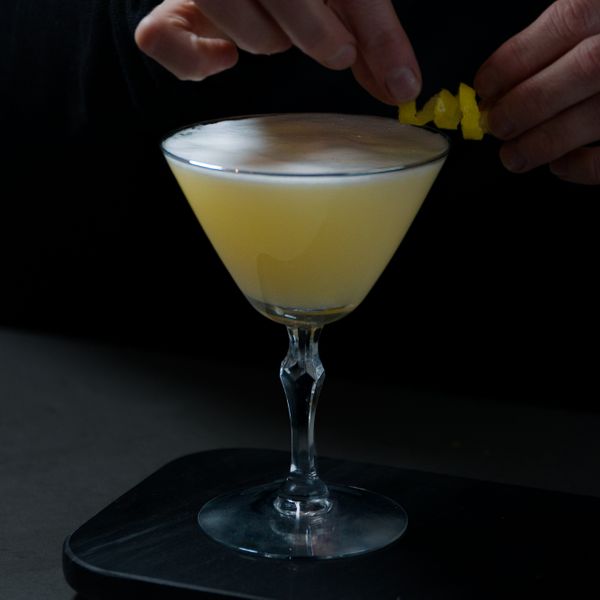 The white lady is generally considered to be the work of Harry Craddock, author of the famous Savoy Cocktail Book. Local legend has it that a cocktail shaker was built into the walls of the Savoy hotel—never found nonetheless—filled with the drink that came to represent him and his prohibition era bar program. This association is mostly true, unless you consider another white lady published by another bartender named Harry. The legendary barman Harry MacElhone published a white lady in his 1921 copy of ABC’s of Mixing Cocktails seven years before the Savoy book came out and only one year after Craddock joined the bar program at the Savoy. That said, MacElhone’s lady is almost entirely different. It has no citrus, no gin, uses brandy, and employs creme de menthe. The only similarity is the cointreau, which isn’t enough to make a connection. There are some ideas floating around, one in particular associated with a late reissue of ABC’s, that claim Craddock later changed the drink to use gin and lemon during his tenure at his American Bar in Paris, which would make it very close to the contemporary version. If this is actually true, it would shift the credit to MacElhone; but nearly ten years after the first edition of ABC’s, he still printed the same recipe in his ninth edition, and any information to the contrary feels too sparse to reprint here with confidence. Even after that, Craddock’s white lady wasn’t complete, as it didn’t have the egg white that gives the drink its impressive layered appearance. Most online articles point to the 50-year bar vet Peter Doirelli as the source of this inspired addition, and while we can’t find proof, the guy is still alive, so we’ll assume he is being honest.

We avoided the white lady at first because it reminded us too much of the excellent clover club. We liked the clover club a lot, and thought: why have two drinks with so much in common? Fortunately, they had less in common than we initially thought. The addition of raspberry syrup fragments the two drinks dramatically; where the clover club is fruity and pink; the white lady is dry, junipery, and light-yellow in color. The dryness also makes the drink very tart, and much closer to a sidecar or whiskey sour. In fact, certain batches of lemon can make this drink too sour, so make sure to test your mix for proper balance before serving. This cocktail is a great place to experiment with different floral varieties of gin, since the lack of strong personalities means nothing will overwhelm the delicate flavors. We like Benham's and Barmatt gin for situations like this, though anything with strong lemon or juniper notes will work well. Despite its name, the combination of orange liqueur and lemon means this drink won’t really be white. One could enhance the whiteness by employing a clear orange liqueur, but due to the yellow from the lemon, the drink will never truly live up to its name, nor would it ever have: the version MacElhone printed would have been tinted by the brandy. Our version of this recipe comes from Cocktail Codex and features a little more gin and a little less orange liqueur, which is compensated for by a dash of simple syrup.

Unified by a liberal use of juniper, the gin family is one of the fundamental base spirits and a necessity in any bar
Poet's Dream: london dry gin, dry vermouth, benedictine Monkey Gland: london dry gin, orange juice, absinthe Tom Collins: old tom gin, simple syrup, lemon juice
Let's be far away friends