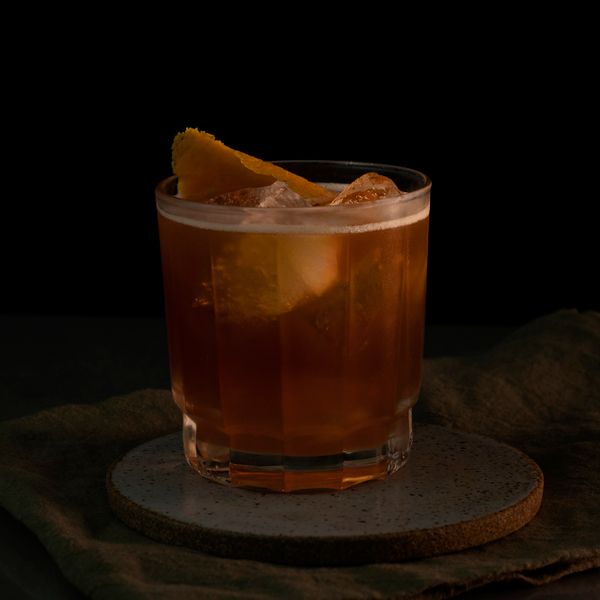 Fruity and spiced, the flannel shirt is a complex cocktail that will remind some of a smarter, snappier version of a southern-style old fashioned, which typically involves a bit of macerated fruit and a healthy dose of Angostura bitters. The recipe was developed by legendary bar manager and spirits writer Jefferey Morgenthaler and published in his classic guide The Bar Book. Morgenthaler developed the drink to pair scotch with his own handmade blend of apple cider. For the sake of simplicity—and a mostly absent desire to replicate the average Saturday of George Washington—we bought our apple cider. But don’t let this deter you, ye of historically-minded pursuits; the recipe for Morgenthaler’s homemade apple cider can be found in the same book as this recipe. You can let us know how it goes.

The flannel shirt is a natural people pleaser with a nice velvety texture and a balanced, even body stuffed with flavor. The nose and initial sip are dominated by a fruity bouquet of apple, citrus, and malt. The second half of the drink shows off the recipe’s spicier side with strong notes of clove from the dram and various herbs from the amaro. The viscosity of the cider gives this drink a luxurious texture that binds all of the ingredients together into a single, perfectly balanced sip. While it might not appease the most adventurous of cocktail drinkers, this populist love bug is perfect for cozy winter evenings and boisterous game nights: just like it’s namesake garment.

If you don’t have Amaro Averna on the shelf, don’t worry. We really didn’t find that element integral to this drink in the same way Amaro Nonino is in a paper plane. Feel free to experiment with any bittersweet amaro that isn’t named Cynar or Zucca. This drink, like most, makes sense with a blended scotch that emphasizes malt over peat. We like Pig’s Nose and Monkey Shoulder best in this spot. This drink can benefit from a touch of smoke, but we prefer to achieve this with a splash of something like Peat Monster to finish. This will not only improve upon the drink, it will also save a bit of expensive whiskey for where it shines best: alone in a glass.